Sisu’s core competences are in the product development and production of trucks and military vehicles. In parallel, vehicle tech-nology consulting services, as well as the related design and project management, are also key elements in Sisu’s strategy and
operations.

Sisu is a pioneer in the Nordic market in the development of heavy duty vehicles. Sisu’s strengths, in addition to its know-how, are in its flexibility and Customer service. Continuous staff training and co-operation with educational institutions in the field en-sures the competitiveness also in the coming years. Trust gained in the local market creates the conditions for the development and expansion of export operations. As a result, Sisu is also investing strongly in project planning and services. In order to keep on progressing, we are ready to continue to meet the needs and requirements of our customers. 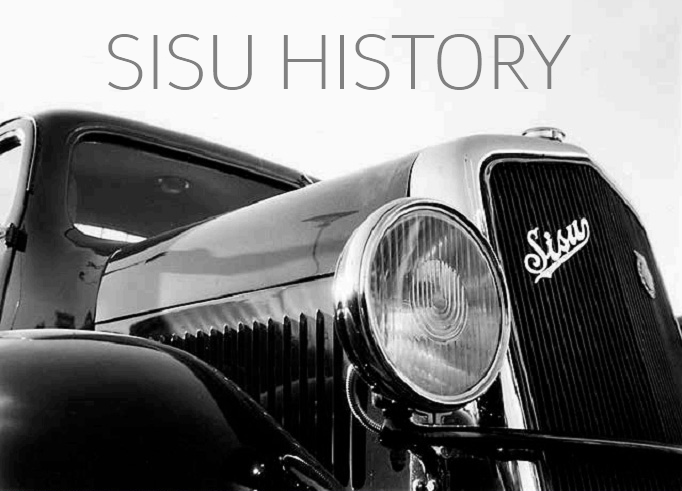 SISU celebrates its 85th anniversary as a company and brand.

The first Sisu Polar Euro 6 with Eaton Fuller manual transmission has been handed over to the customer on 25.11.

Timo Korhonen redeemed the holdings of Olof and Maija Elenius in a transaction announced on August 16, 2013.

The SISU E15TI 10×10 off-road truck has been selected as the platform for the next generation of oilfield maintenance and service vehicles (Workover Rigs) by OMV Petrom Romania.

Sisu Polar has been nominated as the Truck of the Year 2012 in Finland by the leading Finnish truck magazine ‘Auto, tekniikka ja kuljetus’.

Sisu celebrates 80 years as a company and trademark.

Suomen Autoteollisuus Oy passes into the ownership of Olof Elenius and Timo Korhonen in July.

The new range is introduced in November and called SISU Polar.

Veho Commercial Vehicles is in charge of Sisu sales in Finland.

The Carrier transportation vehicle is introduced at the Metko exhibition.

The first generation E-series equipped with Sisu’s own cab is introduced.

Disconnection of the last axle is taken into serial production.

As the only manufacturer Sisu introduces a 460mm high frame with integrated body components replacing the use of sub frames.

Production of the 5-axle truck is started.

The S-series, which will later be awarded is introduced. The first model is SK 150. The first prototypes of military vehicles, Pasi and Masi are made. These vehicles gain large-scale success sercing UN peace forces worldwide.

Export of truck cabs is started.

The Sisu KB-112 is the first European truck equipped with a hydraulically tipped cab entered into serial production.

The legendary SISU bogie lift is introduced in a SISU 6×2 truck. The successful concept is still in production.

The first factory-ready Sisu trucks with pickup and tail lift are manufactured.

Export to Estonia is launched.

O/Y Suomen Autoteollisuus A/B (Finnish Automobile Industry) is founded and a competition on inventing a name for the make was won by the Finnish name SISU. Serial production of the vehicles commences. Tor Nessling is appointed managing director and for four decades, Sisu develops and produces trucks superior to its competitors under his guidance.