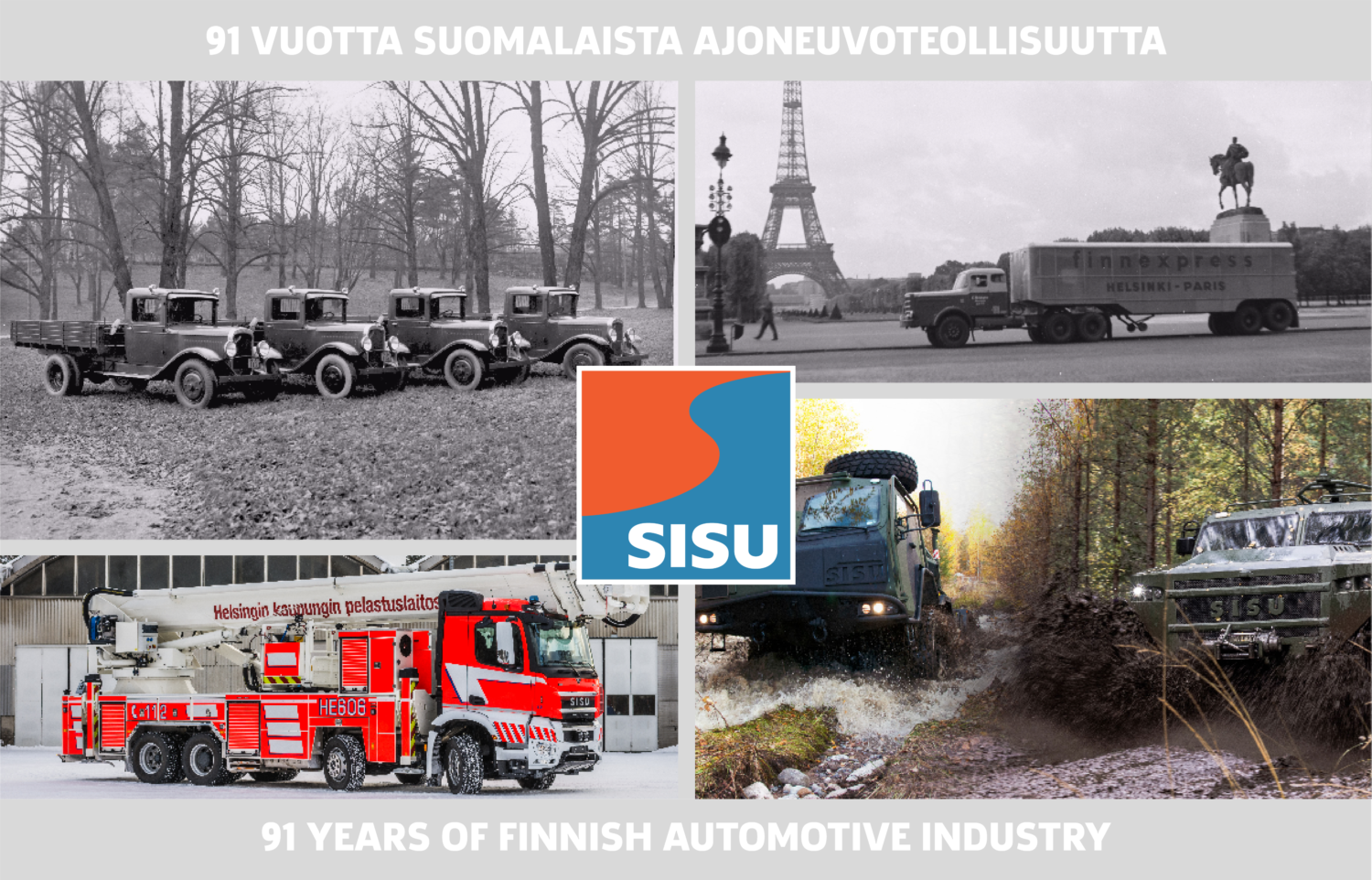 Today marks 91 years since the Finnish Trade- and Industrial ministry approved the founding of Oy Suomen Autoteollisuus in Helsinki on 1.4.1931.

Since the beginning, Sisu Auto has had a role as a pioneer in the Finnish automotive industry. The total volume of SISU production, more than 50 thousand vehicles made so far, comprises a wide range of different vehicles: trucks, buses, trams, rail vehicles, military vehicles, rescue, and special vehicles, as well as a myriad of their various components from engines to axles.

The journey of the Finnish automotive industry, which began in 1931, continues, thanks to you our loyal customers. Thanks to all of you, we are 91 years old today.